Notes: If fitting on Audi TT MK1, S3 and A3 MK1 and Seat Leon & Cupra MK1 it fits earlier models with a 30mm diameter. It fits both the pressed and cast arms on the Leon & Cupra MK1 and A3 MK1 2WD. Please check original bush size. Later cars may use a larger 45mm bush PFF3-501. For an on-car camber adjustable version of this bush please use PFF85-201G.
Bush Size: 30mm
Please Note: The prices shown on our website are for the quantity required for the vehicle. ie – if the Quantity Required is 4 and the Quantity in Pack is 2, you will receive 2 Packs. 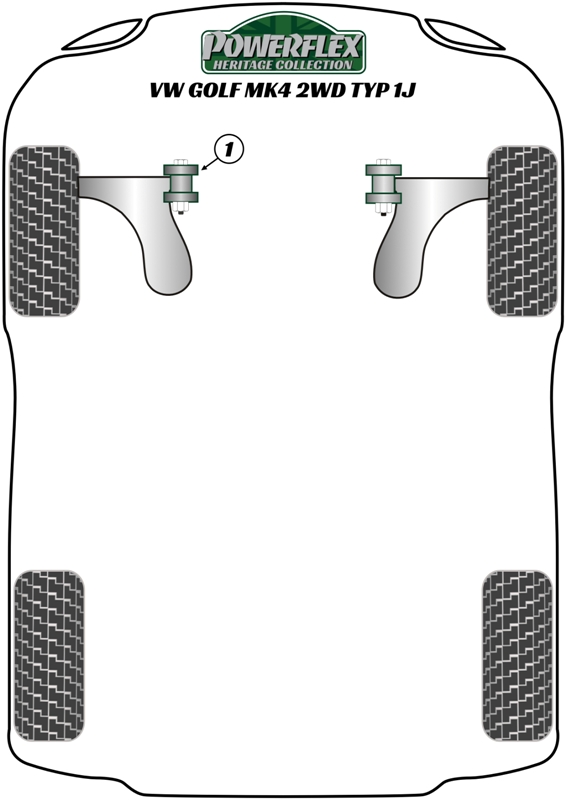 These dark grey coloured bushes will improve any collector’s car, whilst retaining the same standard appearance of a rubber bush. Our new range speaks to the growing demand for quality replacement parts that have an aesthetic in keeping with’ the look of the original part and restoration project as a whole whilst carrying all of the performance and longevity benefits offered by Powerflex’s unique blend of polyurethane. Going a step further than simply using the same material and durometer of hardness for all of our parts, each part location has its own shore designation to ensure improved suspension performance without discomfort or vibration, all of which ship in our new ‘Classic’ Dark Grey colour suitable for all road-based applications.