Notes: This part suits arms with a 75mm diameter bush, for 65mm bushes please use PFF3-802GBLK. This is a replacement part that in our road series application is over 100% stiffer than the original rubber bush to withstand increased loading seen by this position on the car. PFF3-702GBLK provides +/- 0.5 caster offset that can be adjusted on the car for improved steering feel. Additional caster will also create additional negative camber on turn giving improved tyre contact with the road under heavy cornering. For a non-adjustable version of this bush please use PFF3-702BLK.
Bush Size: 75mm
Please Note: The prices shown on our website are for the quantity required for the vehicle. ie – if the Quantity Required is 4 and the Quantity in Pack is 2, you will receive 2 Packs. 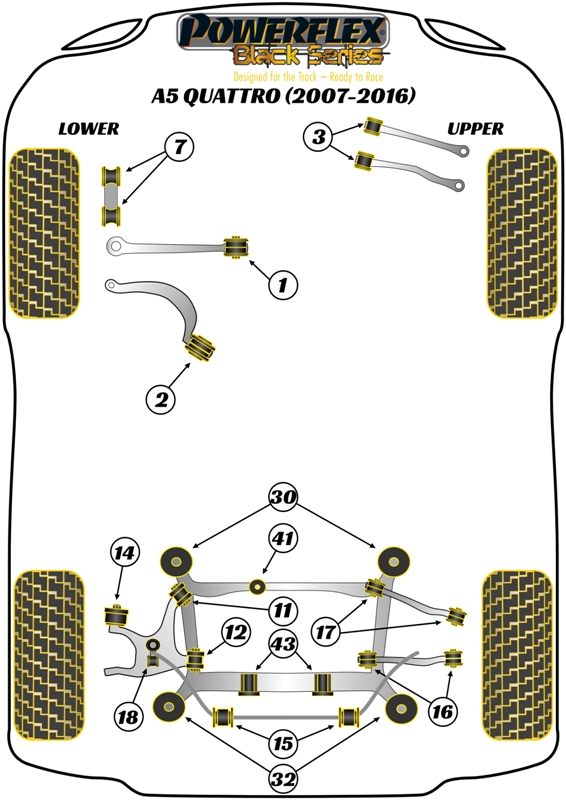