Notes: This part suits arms with a 75mm diameter bush, for 65mm bushes please use PFF3-802. This is a replacement part that in our Black Series application is over 100% stiffer than the original rubber bush to withstand increased loading seen by this position on the car. For a caster adjustable option, please use PFF3-702GBLK.
Bush Size: 75mm
Please Note: The prices shown on our website are for the quantity required for the vehicle. ie – if the Quantity Required is 4 and the Quantity in Pack is 2, you will receive 2 Packs. 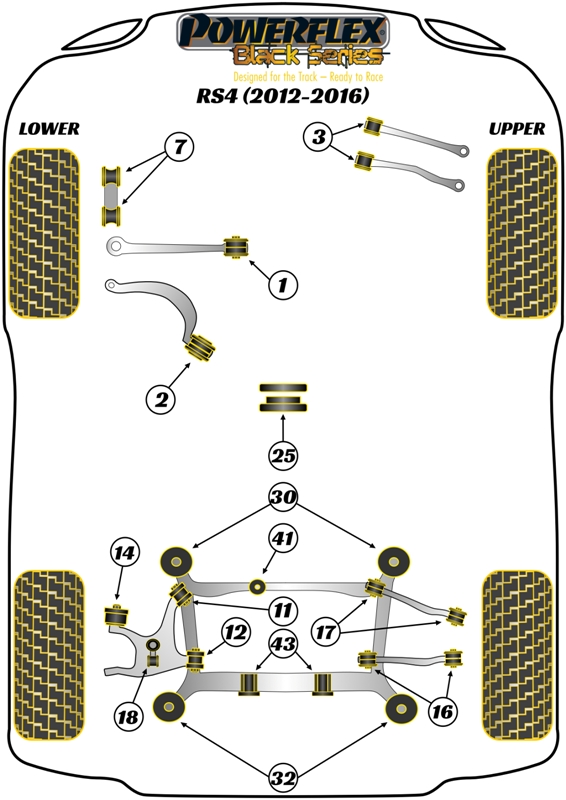