Notes: PFF85-201G gives +/- 0.5 degrees of camber adjustment. If fitting on Audi TT MK1, S3, and A3 MK1 and Seat Leon & Cupra MK1 it fits earlier models with a 30mm diameter. It fits both the pressed and cast arms on the Leon & Cupra MK1 and A3 MK1 2WD. Please check the original bush size. Later cars may use a larger (non-adjustable) 45mm bush PFF3-501. PFF85-201G bush features a CNC machined Stainless Steel sleeve with an offset bore that can be rotated using our bespoke tooling (supplied), giving +/- 0.5 degrees of on-car camber adjustment. For a non-offset version of this bush please use PFF85-201.Knurled end faces prevent sleeve rotation to retain suspension geometry.PFF85-201GBLK boosts stiffness over the original part by 15%.
Bush Size: 30mm
Please Note: The prices shown on our website are for the quantity required for the vehicle. ie – if the Quantity Required is 4 and the Quantity in Pack is 2, you will receive 2 Packs. 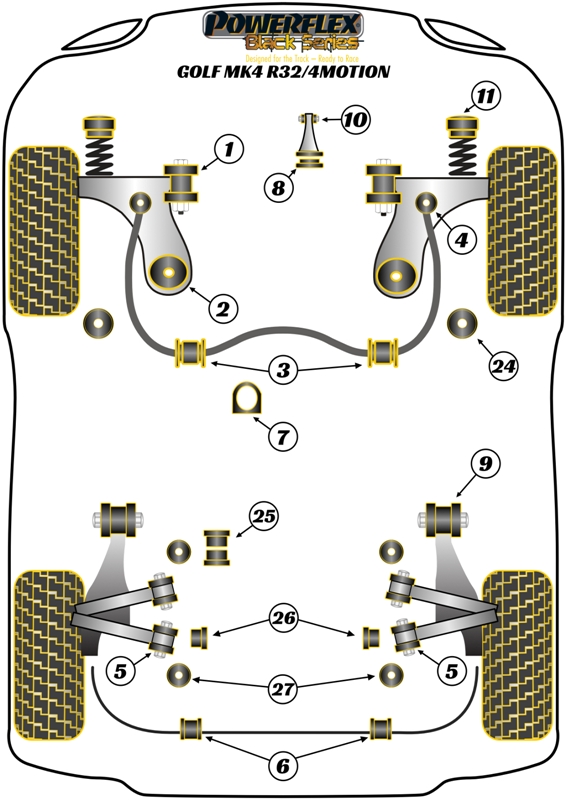