Notes: PFR3-712BLK is a reinforced replacement bush to revitalise bush performance and provide stability to the rear suspension. 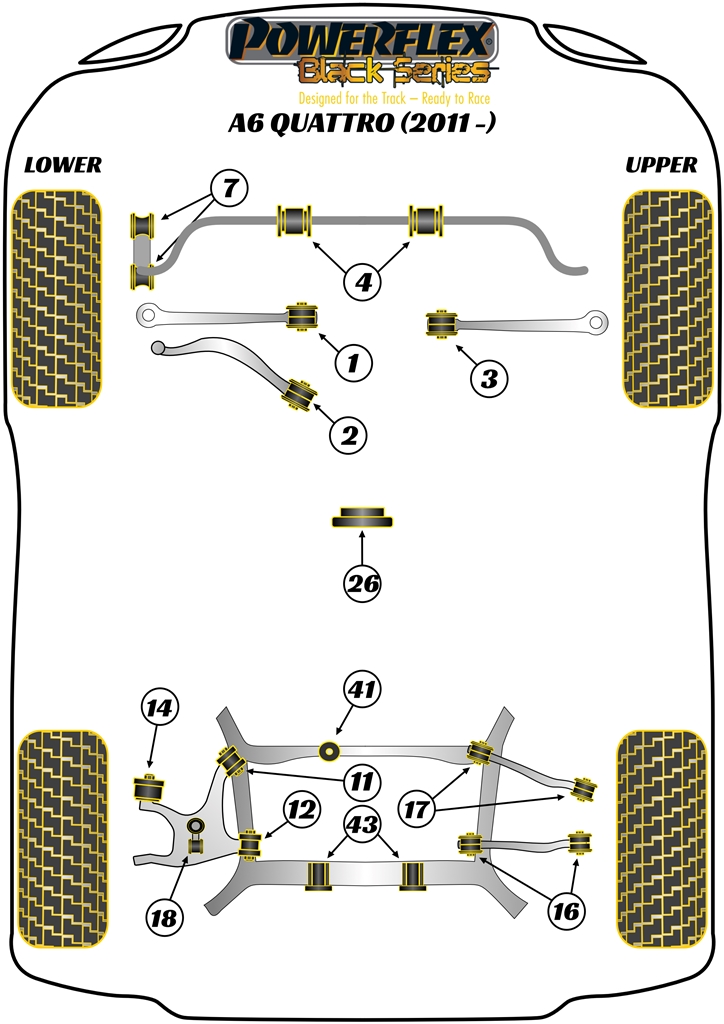