Notes: Replaces the soft OE rubber bush that sits at the end of the gear shifter arm on manual transmission equipped vehicles, a part often overlooked when upgrading transmission components. Made in our Black 95A durometer material and supplied with a plated steel casing, this new part is designed to eliminate all slack in the gear shift and restore precision when changing gear, ensuring the driver has precise control over every gear change.Pairs brilliantly with PFF5-4630 or PFF5-4631 Gear Shift Arm Front Bush 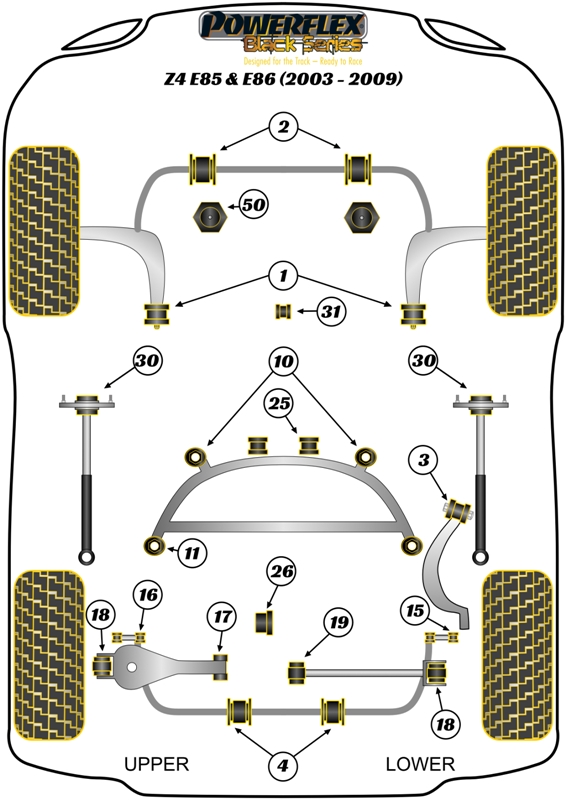