Notes: Designed with fast road driving in mind to replace the tear-prone soft rubber factory transmission mounts, a common cause of knocking, mis-shifting and over-revving. Fits RWD vehicles only. Made using CNC machined Aluminium Caps with captive securing bolts and a Yellow 70A Durometer polyurethane body, they increase stiffness over OE by 150%, whilst minimising NVH transmission.They are also the perfect accompaniment to our PFF5-4650 Tuneable Engine Mounton E36/E46/E9* models. 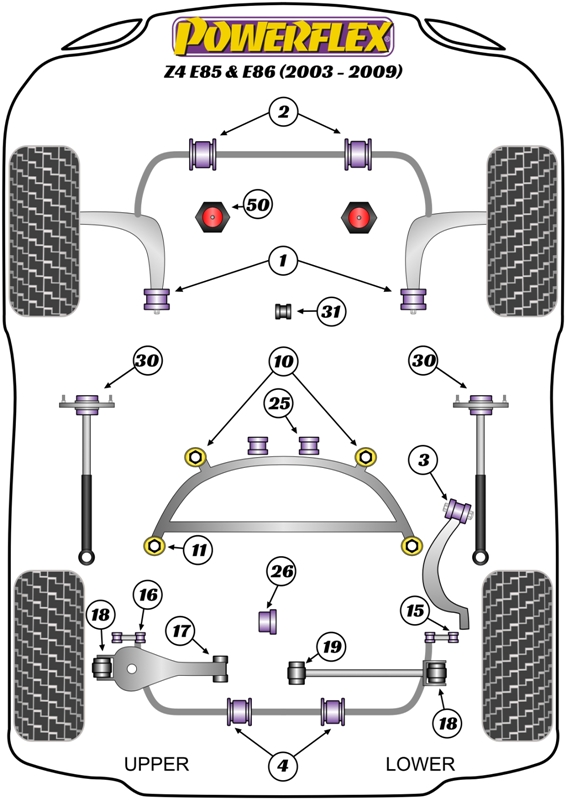